A holiday classic for my family, Swedish meatballs are mild with onion and allspice, and bound with milk drenched Bread crumbs. They also clock in at 1 gram of carbs each, freeze well and are served with a cream gravy, making these a great asset in the keto kitchen.

I made a huge batch of these when I was on my winter staycation and froze most of them. The recipe was based off Melissa Bahen’s Scandinavian Gatherings cookbook, which I got for Christmas last year. I also made cardamom bread from that book.

A few notes: This recipe includes pork, but it’s fine to use all beef. Allspice or a mix of allspice is more traditional, but a few times I haven’t had it and just used nutmeg and I love it that way. I made this recipe by adding a third pound of meat to the usual and adjusted the rest accordingly, you can definitely scale it back down.

Start by dicing your onion and garlic and sautéing them in the butter and set aside when it’s softened. Meanwhile, mix the Panko and milk together and let it rest long enough to absorb so it looks like this: 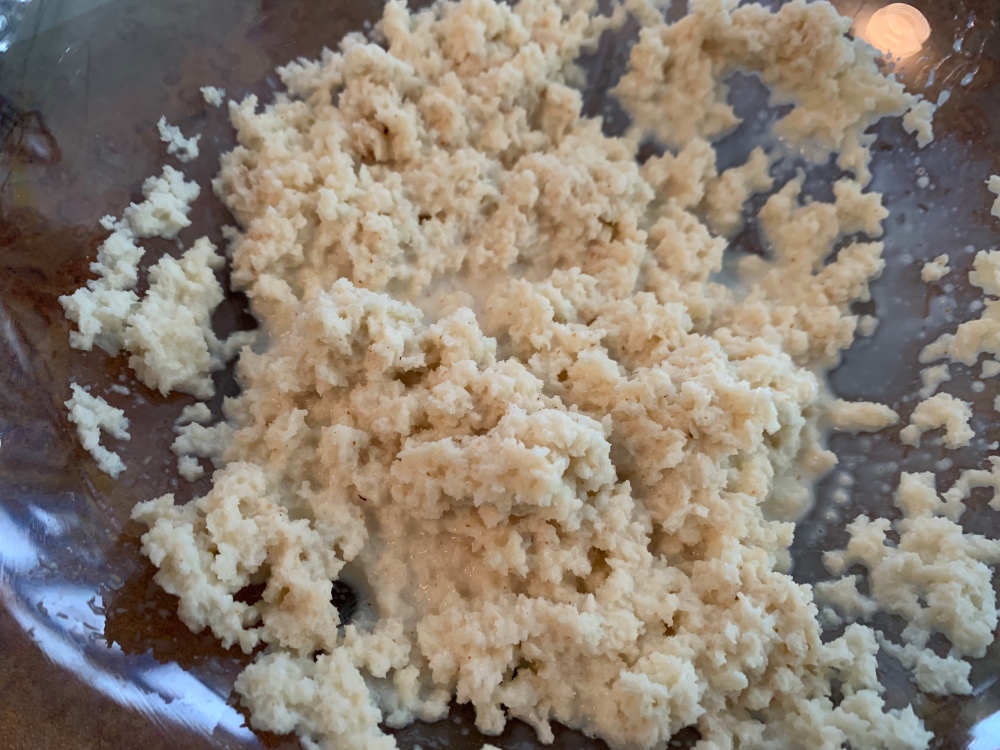 While that’s doing its thing, mix the meat in a bowl. Then add the spices, salt and pepper and sautéed onion and garlic to the meat. Beat the eggs and add them to the Panko milk mix. Then mix that into the meat. Add the flour to bind the blend and use a tablespoon to form balls. 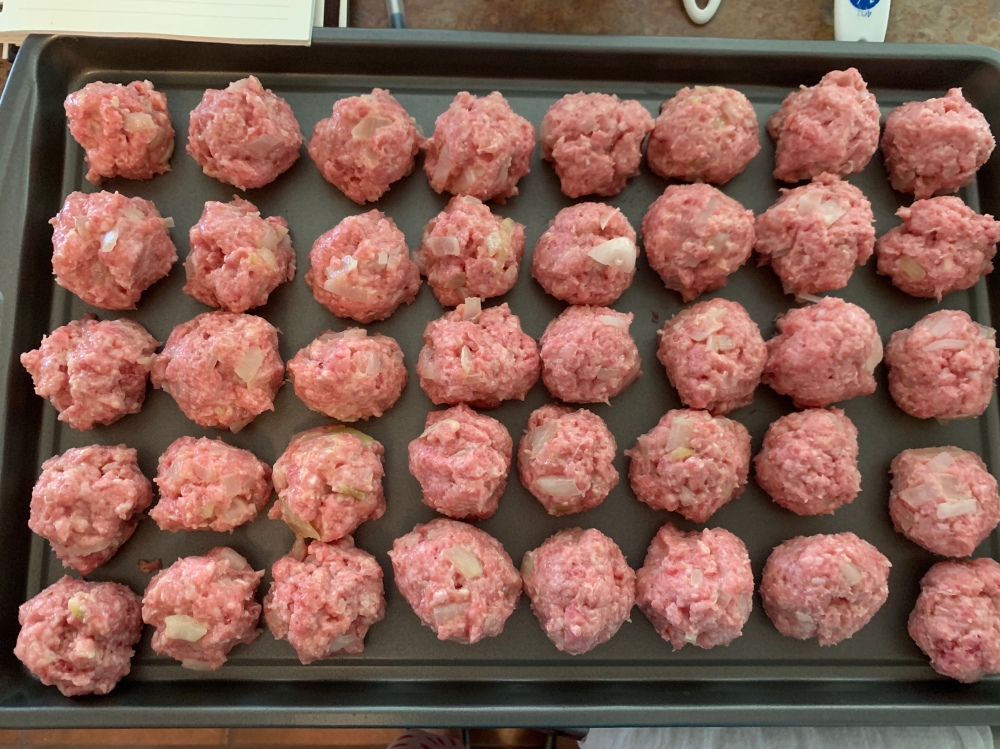 I formed mine on a pan that I could use to freeze them raw and keep their shape before before putting them in a ziplock to store for frozen meatballs over the next month or two.

When you are ready to cook them, try to thaw them for a couple of hours first or defrost in the microwave, then pan fry them on medium in a tablespoon of butter for 15 minutes, turning every five minutes or so.

I like to make gravy with the pan drippings by adding some heavy cream and scraping the caramelized brown bits into the cream. On Christmas Eve, I served them with spaetzle, but tonight I had them with cauliflower gnocchi from Trader Joe’s, while my beau had mashed potatoes, since I’m doing this keto experiment.

And finally an update on that. As I mentioned, I’m doing a keto experiment in January, just to see what it’s all about and hopefully lose ten pounds.

Day two went much than Day one when I was disorganized and didn’t plan ahead. I still didn’t eat as much as I am supposed to as I’m still kind of figuring this out and it feels like a big shift from my normal diet. Especially my normal diet over my recent staycation that involved more carbs, candy and wine than usual.

I had powdered whey protein blended with ice and almond milk for breakfast, a bacon spinach salad and chicken drumsticks for lunch, a cup of homemade bone broth in the afternoon and Swedish meatballs with a side of roasted bell peppers for dinner.

I still think the app I am using under counts fats in homemade foods – for instance, I eat the fat that gets cooked off the bacon if it’s sautéed in spinach, I haven’t removed the fat from my homemade broth and I made gravy from meatball pan drippings. So i think it’s higher than it records, which makes me even closer. I did try to account for these things in the app, but it can be hard to estimate accurately.